Story and Photographs By John Murray 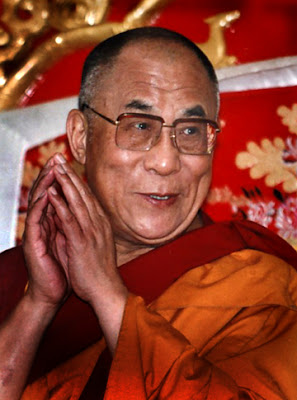 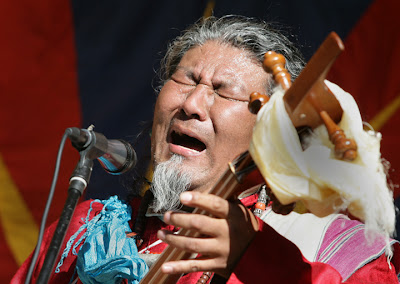 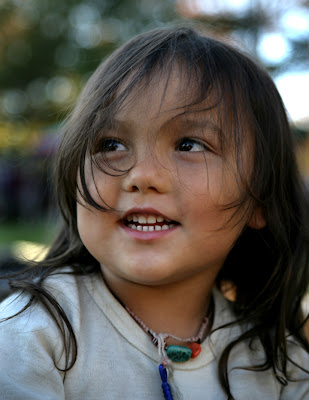 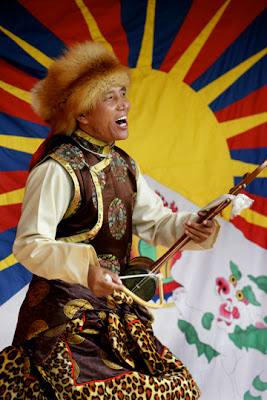 Penpa Tsering sings Tibetan songs with great joy as he fights to keep his endangered culture alive. Penpa, pictured below, is one of 200,000 Tibetan refugees scattered around the world, and thoughts of his homeland are never far from his mind. Growing up in Tibet was difficult for Penpa - can a seven year old boy ever forget the horror of seeing the naked body of his murdered father?

In 1949 the Communist Chinese Army invaded Tibet using the historically inaccurate excuse that Tibet was a region of China. Using the trumped up excuse of reconciliation with the homeland, Chinese officials had a more practical reason for invading Tibet - they wanted to harvest Tibet’s rich natural resources, and they wanted to seize control of the highest plateau in the world for strategic domination of Asia.

China’s army overwhelmed Tibet like a tiger tearing into a rabbit, and for the past 58 years the Chinese have tried to crush all Tibetan resistance to this illegal occupation. For thousands of years Tibetan culture evolved in the isolation of the Himalayan Mountains, the highest region in the world. The culture revolved entirely around spiritual practice and the hub of life and education was based in the Buddhist monasteries dotting the rocky, barren landscape.

After the invasion the Chinese methodically tried to eliminate Tibetan culture by destroying 6000 monasteries and murdering the monks and nuns. During the past 58 years more than 1.2 million Tibetans have died as a direct result of the Chinese occupation.

Tibet’s spiritual and political leader in exile, the Dalai Lama, escaped from Chinese soldiers in the 1950s and has been living as a refugee in northern India for five decades. 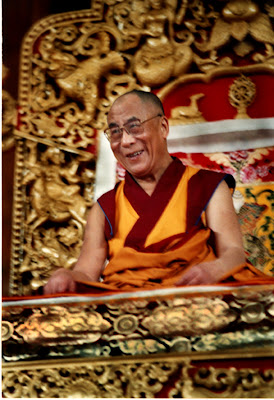 (Photograph of the Dalai Lama at the Drepung Gomang Monastery in Mungod, India, 2003)

The Dalai Lama - who has sought a peaceful resolution to the conflict for 50 years - is now one of the most respected leaders on earth. He travels the world as an ambassador of peace to raise awareness to the Tibetan plight. For his non-violent approach to resolving the conflict the Dalai Lama received the Nobel Peace Prize in Oslo, Norway, in 1989.

So far we have a sad story with an incomplete ending. So why should we care? There are millions of Africans dying of genocide, famine, malaria and AIDS. Central America is suffocating from poverty, sickness and undrinkable water. And what about here in America? We have millions of our fellow countrymen living Third World lives in the richest most powerful country in the history of the world. Why should Tibetans bask in an international spotlight with Hollywood celebrities and high powered politicians taking up their cause? Why is the Observer writing about Tibet?

It’s their peaceful and non-violent response that sets them apart. Imagine if the Palestinians tried something other than terrorism and suicide bombers in their struggle against Israel. Imagine if the Irish Republican Army used strikes against the British instead of car bombs? Imagine if George W. Bush used diplomacy instead of the U.S. Army in Iraq?

In the last 100 years the most astounding revolutions were non-violent. It was Gandhi and civil disobedience that drove the British from India. It was Dr. Martin Luther King and the civil rights movement that altered human rights abuses in the United States in the 1950s and 1960s. It was Nelson Mandella and non-violence that toppled aparteid in South Africa. 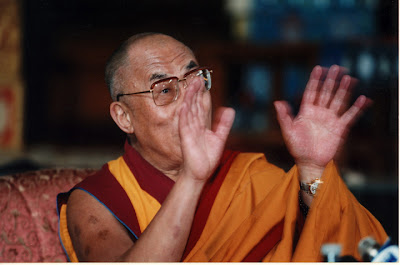 Although the Dalai Lama’s non-violent struggle will never liberate Tibet from Chinese clutches, his efforts now are to save the rich Tibetan culture from extinction, and to create an autonomous zone in Tibet where Tibetans are free to speak their native tongue and openly practice their religion.

Tibetan culture is remarkable. The world has much to admire in how Tibetans have responded to the Chinese oppression.

Consider the story of Penpa Tsering. Penpa’s father, Kam, worked for a high ranking Buddhist priest which made him a direct target of Chinese aggression. When Penpa was seven years old his father was dragged away from the family and imprisoned for nothing more than being an educated and influential man. Several months later Penpa turned a corner in his town and saw his father, naked, hanging from a rope around his neck, dead.

“I touched his foot, it was cold,” Penpa said. “I tried to get him down but I couldn’t reach.” 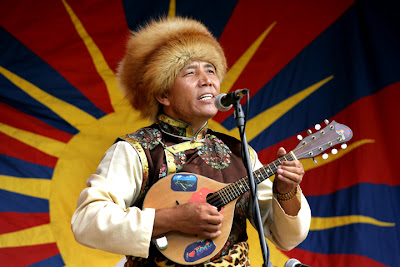 “I prayed that I not get angry,” Penpa said. “We lost my father’s body, but not his spirit.” Penpa asked a neighbor to cut his father down and clothe him. Then he made a prayer for his father’s murderers. “I pray for them not to kill another,” he said.

Penpa Tsering’s response to his father’s brutal murder is mind-bending to most western cultures. We seek revenge, an eye for an eye. Yet it is Penpa’s non-violent response that holds out the best hope for humanity. Violence creates more violence and leads humanity down a path towards ultimate destruction. There has to be a better way to live on this planet.

And it is in this spirit that a non-profit event, TibetFest, was created in northwest Connecticut to assist refugee Tibetans in their struggle to preserve their endangered culture. For past two years TibetFest was held in White’s Woods in Litchfield, and Tibetan musicians came from San Francisco, Boston, Boulder, New York City and Switzerland to perform on a makeshift stage surrounded by hundreds of acres of trees and wetlands in a gorgeous nature preserve. 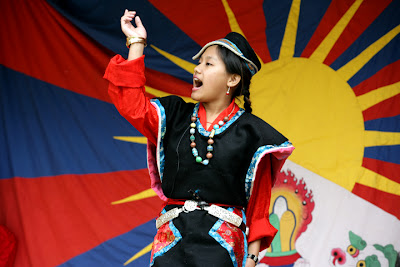 This year TibetFest III will be staged at the Goshen Fairgrounds on Route 63 on September 29th and 30th. The event will run from 10 to 5 pm. Admission is $10 for adults and $5 for students. Children under five are free. Overnight camping is allowed on site. 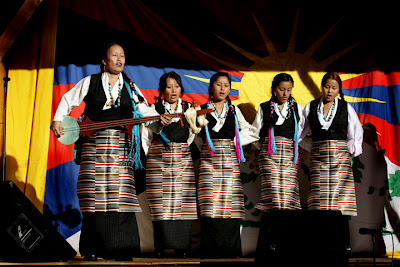 One of the performers during the past two festivals, Techung, pictured below, from San Francisco, said the power of gathering refugee Tibetans in one place is enormous. 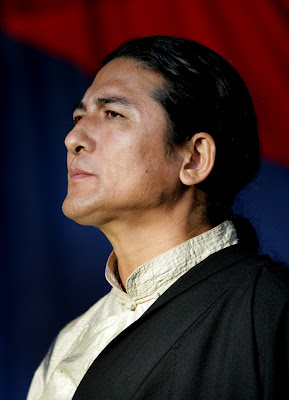 “This is so important,” he said. “It keeps us connected to our past through music and dance.” 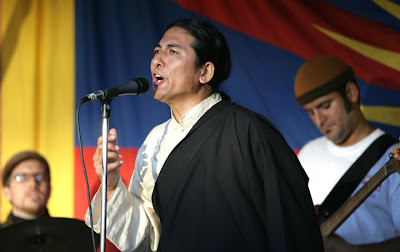 Techung, who leads a Tibetan Circle Dance at the end of each day, said he is frustrated “when the attention of the world is on war and globalization. My community in Tibet and in India are inspired when the global community supports our cause. We understand that there are many worthwhile causes in the world, but our non-violent struggle to free Tibet from China is one that can be a stepping stone to future conflicts in the world.”


Non-violence is our only chance.
Posted by John Murray at 2:18 PM 57 comments: