A Punch In The Face 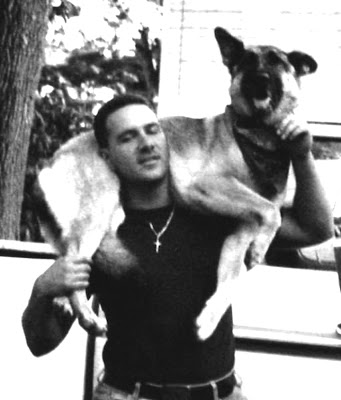 (Photograph of Billy Smolinski and his dog Harley)


How much abuse can Janice and Bill Smolinski take?

The Waterbury Police Department failed them, the political process is messing with their heads, and now they find themselves trapped in a lawsuit filed by their son’s ex-girlfriend that amounts to legalized extortion.

This extraordinary story began three years ago when Janice and Bill’s 31-year-old son disappeared in Waterbury. The Smolinskis were unable to get local authorities to treat the situation seriously, and their own efforts to find Billy have been thwarted by sloppy police work, bungled science, and a national missing person network with holes large enough for a herd of elephants to stampede through.

Everywhere they turned for help they crashed into a wall of incompetence. Their faith in the system is shattered.

“ Everything that could go wrong in this case has gone wrong,” Janice Smolinski said. “Everything.”

The Smolinskis are convinced their son was murdered three years ago. At the time of his disappearance Billy Smolinski was involved in a love triangle with enough haunting circumstances to launch a Stephen King novel. Billy was dating an older woman, Madeline Gleason, who was 16 years his senior. After dating for more than a year, Billy discovered Madeline was also involved with a married Woodbridge politician named Chris Sorensen. 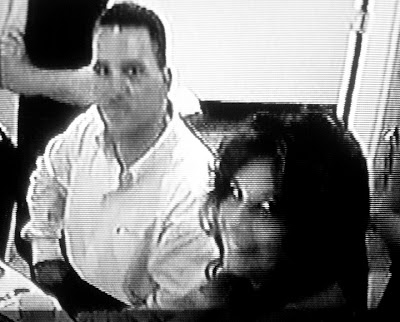 (Photograph of Madeline Gleason and Billy Smolinski at a wedding)

Billy and Madeline argued, and broke up. Billy left a threatening message on Sorensen’s answering machine telling him “to watch his back”, and a few hours later Billy vanished off the face of the earth. 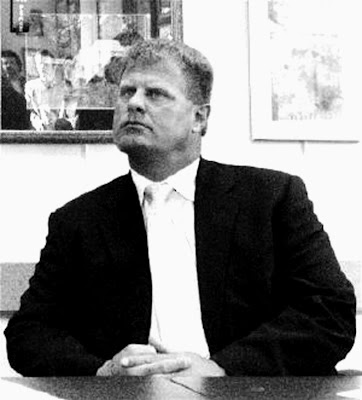 Janice and Bill Smolinski don’t know the details of what happened to their son on August 24th, 2004, but they believe he was murdered and his body buried somewhere in the lower Naugatuck Valley.

A tip called into CrimeStoppers, and subsequently released by the Freedom of Information Commission, fingers Madeline Gleason’s son, Shaun Karpuik, as the murderer. The information given to CrimeStoppers was highly detailed and alleged that Karpuik, with help from at least one friend, strangled Billy inside Madeline’s apartment.

Karpuik was a former grave digger in Seymour, and at the time of Billy’s disappearance Karpuik was working for a landscaping company and had ready access to heavy earth moving equipment.

Three months after Billy Smolinski vanished, Shaun Karpuik died of a drug overdose in Waterbury. The FBI seized control of the investigation in August 2006, and earlier this year they excavated several sites in Shelton in an unsuccessful effort to unearth the remains of Billy Smolinski. The federal investigation is ongoing.

STRANGE BEHAVIOR
Several days after Billy disappeared the Smolinski family, unable to get the attention of Waterbury police, launched their own search. They scoured the banks of the Naugatuck River and combed through all the spots they knew Billy loved.

The Smolinskis hung missing person posters throughout western Connecticut, and followed up on every lead that came their way. A month later reports started filtering in from several towns that someone was tearing down Billy’s missing person posters. Janice and Bill drove around Ansonia, Seymour and Woodbridge, and discovered that dozens of posters had been removed.

Eventually a witness in Amity caught a woman standing on the bumper of her car tearing down a poster and jotted down the license plate number. The vandal turned out to be Madeline Gleason, Billy’s ex-girlfriend.

So the Smolinskis set up a surveillance operation and videotaped Madeline tearing down the posters. The family would hang them up, and at night Madeline and one of her friends would tear them down. In addition to ripping posters off telephone poles Gleason eventually began slashing Billy’s face on the poster and spray painting “Who cares?”. 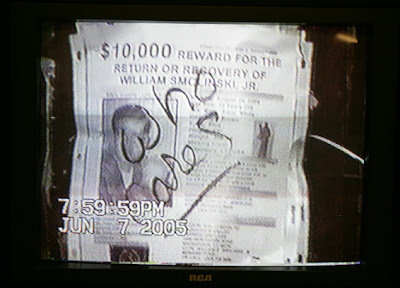 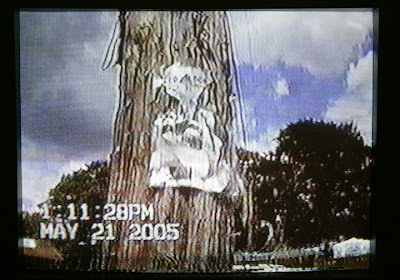 “We couldn’t understand why she was doing this,” Janice Smolinski said. “Our son was missing and instead of helping us find him, she drove around slashing his photograph. Why would anybody do that?” 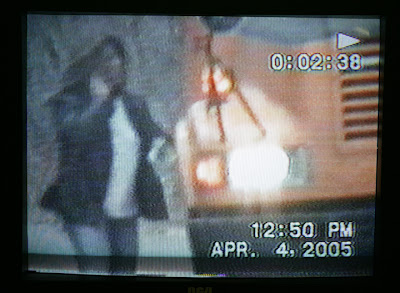 Unable to get any police assistance, the Smolinskis continued the cat and mouse game for months, convinced that Madeline knew something about Billy’s disappearance. The game grew so bold that Janice would hang a poster on a telephone pole and Madeline would walk up and rip it down right in Janice’s face.

In a world turned upside down, the confrontation ended when Janice Smolinski was arrested by Woodbridge police for harassment. Gleason lived in Woodbridge and was a school bus driver in town. Sorensen, the other part of the love triangle, was an elected official in Woodbridge, and a prominent businessman involved in running a long distance trucking company. Janice had dared to enter the lion’s den in search of her son, and she was bitten. The charges against Janice were eventually dropped, but not before the soft-spoken woman was booked and fingerprinted. She was told to stay out of Woodbridge.

In March 2006 the Observer published a five page investigative piece on the case entitled “Gone”, airing out explosive details of the love triangle, and exposing the inept police investigation into Billy’s disappearance. There were impossibly strong leads to follow in the case, yet Waterbury detectives said their investigation had stalled. Deputy Chief Jimmy Egan had the nerve to say that “Billy was probably having a beer somewhere in Europe.”

Three months after the story was published Madeline Gleason and B and B Transportation (her employer) filed a lawsuit against Janice Smolinski, Paula Bell (Billy’s sister) and The Waterbury Observer for harassment and invasion of privacy. One month later the FBI took over the investigation into Billy’s disappearance and the lawsuit went silent for 14 months, until a few weeks ago.

A judge called the lawyers together on November 15th in a move my lawyer, Atty. Mark Lee, said was a simple procedure to see where the lawsuit stood. Atty. Lee and the Smolinski’s lawyer both said we didn’t have to be present, and I went out of town on a previously scheduled trip to Ohio. I missed the unexpected fireworks.

Despite our lawyers statements that we didn’t need to be present, Bill and Janice Smolinski, and their daughter, Paula Bell, went to Superior Court in New Haven to see what would happen. Madeline Gleason showed up with high powered lawyer John Williams, who decades earlier had built a reputation by challenging police corruption, and defending the Black Panthers in New Haven.

The response was $115,000 from the Smolinskis, and $115,000 from the Observer. After some wrangling Atty. Williams set his clients final demand at $25,000 for Gleason and $5000 for B and B Transportation. The offer was quickly refused.

The charges against Janice Smolinski and Paula Bell is a “he said - she said” story. Gleason accuses the two women of systematic harassment that led to emotional distress. She has no proof to back up her allegations and Janice and Paula state the charges are “total lies”.

The charges against the Observer are more specific and easier to decipher. The paper is accused of invasion of privacy for publishing the sordid details of Gleason’s life - which are all true - and for publishing photographs of her tearing down missing person flyers in public. 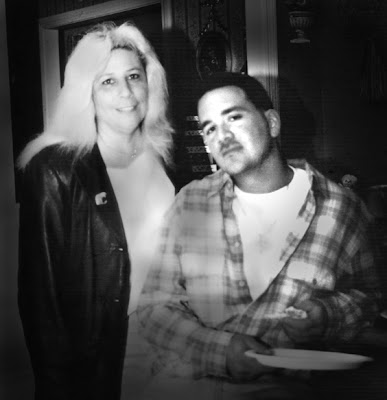 The charges are ludicrous. For nine months Madeline Gleason destroyed hundreds of missing person posters of Billy Smolinski in broad daylight - in public - having the nerve to tear them down in the face of a grieving and distraught mother. The Smolinskis have videotape of Gleason stopping her school bus to tear down flyers. A Woodbridge police report names Gleason as a suspect in the disappearance of Billy Smolinski. The report said she would remain a suspect until she took a polygraph test. She has never taken the test, so she remains a suspect. A document released by the FOI Commission alleges that Billy Smolinski was murdered in Madeline Gleason’s apartment.

And Madeline Gleason is the one filing a lawsuit? 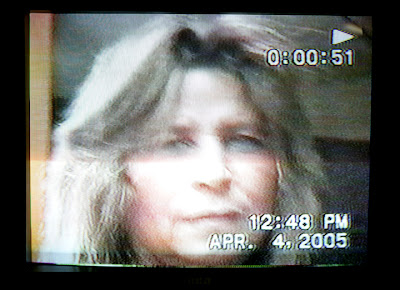 It reminds me of a case a lawyer friend had back in 1992. She had just been hired by a local firm that specialized in personal injury law and her first client was a real slug. Her client had been intoxicated, sped through a red light and crashed into another car. He claimed damages and wanted to file a lawsuit. My friend was shocked, but her boss told her to file the lawsuit. The insurance company eventually settled for $10,000 rather than pay expensive legal fees to fight the case. It made no sense to her, or to me.

And that’s the situation the Smolinskis find themselves in now. There is no way Madeline Gleason could ever win her lawsuit against the Smolinskis, or the Observer, but that doesn’t matter.

If we fight the ridiculous charges in a full blown trial we are going to spend tens of thousands of dollars on depositions and legal fees. Several lawyers estimate that a trial could cost the Smolinskis $50,000 to $100,000. No lawyer I’ve spoken to believes Madeline Gleason has a shot of winning a verdict at trial, but who has an extra $50,000 laying around to pay for that outcome?

And that’s why I describe this process as legalized extortion. Fighting this absurd charge will cost you $100,000, but if you pay us $25,000 right now we’ll settle the lawsuit. Either way you lose. It doesn’t matter about being right or wrong, about printing the truth or publishing lies. The system forces people to accept a punch in the face to try and get out of the court system with their vital organs still intact.

While the lawyers were in the judge’s chamber going over the case, four people sat quietly in a hallway; Bill Smolinski, Janice Smolinski, Paula Bell, and not far away – Madeline Gleason. And when their lawyer came out and told them they could settle the case for $115,000, Bill Smolinski said he wouldn’t give Madeline Gleason one dollar. Their lawyer advised them that if they went to trial they would spend tens of thousands in legal fees, and if they lost, they could lose their house and their life savings.

“I was crushed,” Janice Smolinski said. “I always thought we could depend on the authorities and society to help us out. But the whole system completely failed us.” 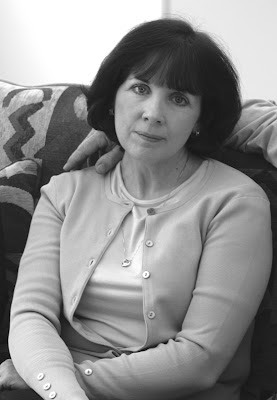 Neither the Smolinskis or The Waterbury Observer will offer another dollar to settle the case. Let the chips fall where they may.

“We are not going to give anyone a dime for false accusations,” Janice Smolinski said. “We were caught off guard that day in court, but we’ll go to trial if we have to.” 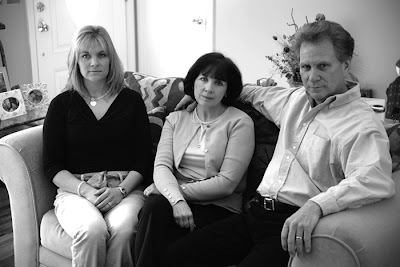 In the three years since Billy disappeared the Smolinskis belief in the system has crumbled around them. They not only lost a son, they have lost faith in the concept of justice in America.

(For more informationon on the case check out www.waterburyobserver.org)
Posted by John Murray at 7:26 PM 438 comments: